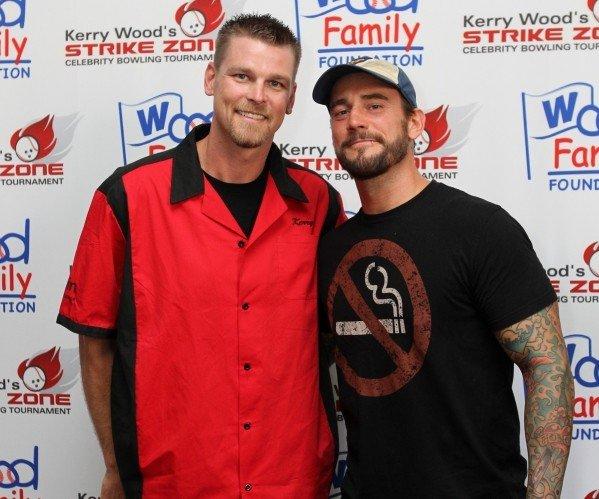 Kerry Wood has officially been retired for over a month, but he hasn’t exactly felt retired. That’s because the ex-Cub has been so busy promoting his “All You Can Be” children’s book and preparing for his seventh annual Strike Zone Celebrity Bowling Tournament Wednesday at 10pin Bowling Lounge.

“Retirement starts tomorrow,” Wood told me at Wednesday’s fundraiser, which raised over $300,000 for the children-focused Wood Family Foundation.

This is your life: CM Punk calls himself the best wrestler in the ring and on the mic, so it’s not surprising that he feels he has the best WWE DVD as well. The Lockport native said his straight-to-DVD, which will be released some time in October, is better than the ones WWE made for John Cena, Rey Mysterio and Chris Jericho.

The DVD film not only features interviews with fellow wrestlers Cena and Triple H, but also some of Punk’s close friends, including indie wrestler Colt Cabana and Rancid band member Lars Frederiksen.

“Honestly, it was like watching my life flash before my eyes,” Punk said. “They used a lot of footage from my early days. Just seeing the whole package put together with people I respect in the industry and have known my whole life talking about me, it seemed weird. It felt like I was at my own funeral. You get a perspective of where I come from, how hard I’ve worked and where I’m at now. It blew me away. There were a couple moments where I was like ‘Wow, this is really touching.’”

Updated Money In The Bank Preview