IGN: CM Punk: “I’m Not Out There Pandering Anymore”

A lot has transpired for CM Punk in the past year, as the pro wrestler has skyrocketed to the top of the WWE. As he goes into a big match against both John Cena and The Big Show this Sunday at SummerSlam, I had the chance to briefly speak with Punk at the recent WWE Be a STAR / SummerSlam party about what to expect at the Pay-Per-View and his recent shift into a more ambiguous persona, straddling the line between heel and face.

IGN TV: I was at SummerSlam a year ago and since then, it’s been a very eventful year for you. You’ve had that championship belt for most of it. What’s it been like for you to experience so much in the past 12 months?

CM Punk: You know what, it’s cool. And doing an event like this kind of settles it in for me. Because I walked this same red carpet, the same Be A STAR promotion, same pay-per-view, SummerSlam, last year. And I was WWE Champion, and I’m WWE Champion still. So it’s exciting for me. It’s been one hell of a ride. 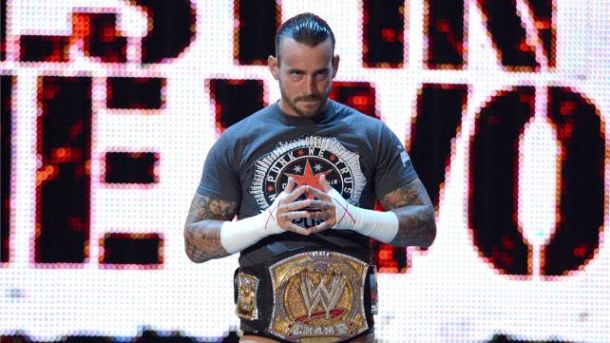 IGN: On RAW, you haven’t been completely excited for this match. But going into Sunday, are you looking at it at this point as an opportunity to show up these two other guys?

CM Punk: Well, you know, the funny thing about me is that no matter how many times I show people, there’s still going to be the detractors. The world isn’t black and white. The world is shades of gray. A lot of people see John Cena as being some big boy scout, but the guy wouldn’t shake my hand. So am I going to beat him again on Sunday? Absolutely. Is that going to change anybody’s perception of him or me? I don’t necessarily think so, but it will be interesting come Monday to see what happens.

IGN: You’ve had a bit of a shift lately as far as your persona and how some of the fans are taking to you. What’s it like to feel that ebb and flow of the crowd?

CM Punk: As a fan of what we do, I think it’s way more interesting than going out there and being, like, cheesy, smiley guy – like, “Oh, I’m smiling, so you have to cheer me.” Or tongue-out, mean-face guy that makes people want to boo. I like where I’m at right now because where I’m at is me, 100 percent. I like some decisions AJ makes, and sometimes I don’t like a decision AJ makes. And I’m going to be vocal about it. And if somebody doesn’t like that I yell and scream at AJ and they want to boo me, well, you know what? More power to them. If some people like the fact that I tell off Miz on live TV and they want to cheer me, then more power to them. But I’m not out there pandering anymore. I don’t want to try to influence anybody in one way or another. I want people to come to our shows, boo and cheer for who you want — and in regards to me, if you don’t like me, awesome. If you do like me, hey, even better. Have a good time. 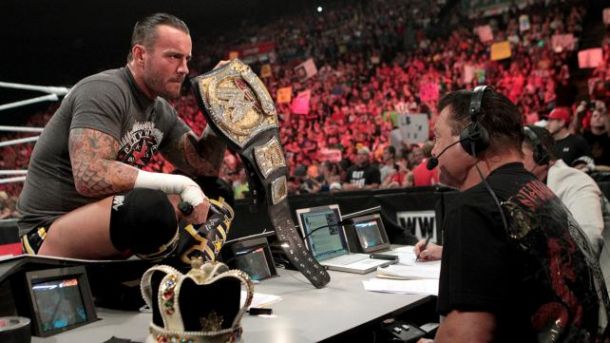 IGN: You have this distinctive approach when you have something serious to say, where you sit down cross-legged. Where did that come from?

CM Punk: It came from — everybody’s standing in the ring and delivering interviews and they all look the same to me. When I get down to business, I like to be comfortable. Sitting down, to me, is being comfortable. And getting a load off, I think it just helps me focus more.

IGN: I was a big advocate of the “We Want Ice Cream” campaign. Will it ever succeed? You’ve got the t-shirt, at least!

CM Punk: I don’t know. We got a t-shirt, and you can actually get the t-shirt if you pre-order WWE ’13 at GameStop. Are there ever going to be ice cream bars? Maybe. Do a lot of people in the WWE Universe need to be eating ice cream? Probably not, myself included. I’m a fatty! So you’ll just have to cross your fingers, and wait and see.

3 Comments on “IGN: CM Punk: “I’m Not Out There Pandering Anymore””